Mountain Monsters ended season three with a cliffhanger, and the Appalachian Investigators of Mysterious Sightings (AIMS) team is taking a soar. The cult-conventional series is leaping to its new home on Travel Channel for season four, a good way to most appropriate with a -hour unique on Aug. 21 at nine pm. 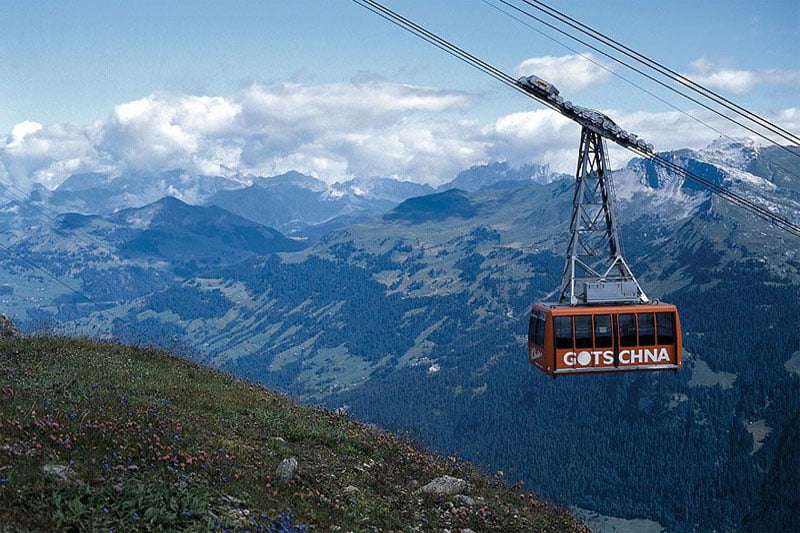 The Travel Channel collection will pick up proper in which it left off, with the self-proclaimed “hillbilly hunters” entangled within the backwoods of the Dark Forest. Trapper, Buck, Huckleberry, Jeff, Willy, and Wild Bill, the investigators’ unique group, are all returning to the display.

“Viewers are definitely invested inside the AIMS group and its investigations,” Butler stated. “We are elated to finally percentage what surely occurred inside the Dark Forest, whilst catapulting the squad into a whole new set of severe hunts, interesting twists, and hillbilly hilarity.”

Later within the most desirable episode, the clock will rapid-ahead 18 months whilst the organization reunites, visibly shaken, however nonetheless decided to complete their initial quest. “Picking up at the precise moment remaining season left off, the AIMS participants are on a race to flee the Dark Forest earlier than it tears the team aside,” reads the official synopsis of “The Dark Forest Revealed.”

“After a heart-wrenching health update from Team Leader Trapper, the group individuals got down to sooner or later get the answers eluding them. How did that skull stand up Jeff’s nose? What secrets does the Dark Forest, in reality, maintain? They realize they need to head lower back and find a vintage barn that holds the important thing to all of the solutions they so desperately need. But is the crew finally equipped for the reality?”

Deep in the Appalachian Mountains, “creatures each mythical and terrifying lurk the various shadows, evading capture at every flip,” reads the Travel Channel press release. The crew treks thru the depths of Appalachia’s mountain forests, attempting to find “creatures of legendary origins, decided to song down-proof those monsters nonetheless roam this vicinity today.”

The additional 9, one-hour episodes of the season will air on Wednesdays at nine p.M. The AIMS team will chase seven different monsters which can be rooted inside the place’s folklore. The monsters may be connected to the Cherokee legend Spearfinger, a creature with pores and skin product of stone and a pointy finger that looks like an obsidian knife.

“With trapping Spearfinger as its very last intention, the team should first look for the Waya Woman, the Cherokee Devil, the Raven Mocker, the Silver Giant, the Cherokee Death Cat, and the Coyote King,” reads the clicking announcement. “Each monster is greater treacherous than the last, and the crew members should depend on their acceptance as true within each other, expert knowledge of the terrain, and the bond of their brotherhood to sustain the quest. The grueling work, terrifying encounters, and daunting setbacks that come with hunting monsters only inspire the group participants to push ahead, understanding that if they live collectively as a unit, they’re sure to clear up the mysteries of the mountains.”

Before the brand new episodes air, Travel Channel will encore the season three finale. The new season will run from Aug. 21 via Sept. 25. The final four hours air starting on Oct. 30.

“After a surprising revelation in the Dark Forest, the AIMS Team contributors are returned doing what they do nice, looking monsters, as they begin an all-new epic journey to get to the bottom of a logo-new mystery,” in line with the reliable synopsis of the episode “The Waya Woman Of Jackson County,” which airs on Aug. 28. “The first stop is Jackson County, West Virginia because the crew heads after a sizeable wolf creature called the Waya Woman. This 7-foot-tall being roams the cornfields of Jackson County, and the crew should build a trap sturdy enough to contain this beast and be placed deep within the cornfields. Dead chickens, creepy altars, and Wild Bill’s excessive school nickname are all on full show in this tremendous episode.”

In “The Secret of the Blue House,” the AIMS crew keeps its look for the fact surrounding the mythical Waya Woman. “At the heart of this mystery sits an old, deserted blue residence with a terrifying record,” according to the synopsis. “Not handiest have two households been killed here below suspicious instances, but their deaths are believed to be tied to the Waya Woman herself. The team reveals out that the only manner to get solutions is to concurrently try out two rituals, which result in face-to-face encounters they could have never organized for.” The episode airs on Sept. 4.

On Sept.Eleven, “The Silver Giant of Boone County” is going after a big endure creature which is reputed to be over ten feet tall while it stands on its hind legs. The behemoth has a silver streak going for walks down its lower back. “Due to his love of something undergo-related, Wild Bill decides to step up his recreation and mimic Jeff as the team researcher,” according to the synopsis. “Obsessed with technology and ‘scat samples,’ Wild Bill is incomplete researcher mode as the team creates its largest trap up to now. But the crew contributors quickly research the Silver Giant may not be the handiest mysterious creature inside the hills of Boone County.”