Top 50 English songs that you can listen while travelling

No doubt, Music is a universal language worldwide. It is something that any person can easily understand and connect with the feelings of one that can feel through the lyrics and the music type. English songs come in varieties and have a unique significance in their way. Here, we have a list of some of the best and top-rated English songs that everyone enjoys. 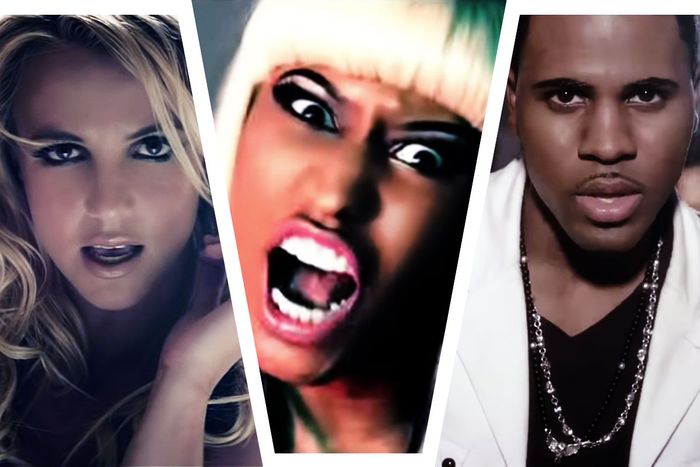 Summary show
So, let us take a peek at all of these song lists below.
1. Closer by Chainsmokers
2. Cheap Thrills by SIA
3. The shape of you by Ed Sheeran
4. Let me love you by DJ Snake
5. Lean on by Major Lazer& DJ Snake
6. Perfect by Ed Sheeran
7. Faded by Alan Walker
8. My Heart Will Go On by Celine Dion
9. Some Just Like This by Chainsmokers
10. Treat you better by Shawn Mendes
11. Bad Guy by Billie Eilish
12. Pillowtalk by Zayn
13. Don’t let me down by Chainsmokers
14. See you again by Charlie Puth& Wiz Khalifa
15. Thinking Out Loud by Ed Sheeran
16. A thousand years by Christina Perri
17. Taki Taki by DJ Snake ft Ozuna, Cardi B, and Selena Gomez
18. Old Town Road by Lil Nas X
19. Blank Space by Taylor Swift
20. Work from Home by Fifth Harmony
21. I Took a Pill in Ibiza by Mike Posner
22. Despacito by Luis Fonsi
23. This is what you came for by Calvin Harris feat Rihanna
24. I Don’t want a Live Forever by Tylor Swift and Zayn
25. I drove all night by Celine Dion
26. Godzilla by Eminem
27. Counting Stars by One Republic
28. Shake It Off by Tylor Swift
29. Wake Me Up by Avicii
30. Titanium by David Guetta
This is the best motivational song of the century, and you can get it through the top 50 English songs mp3 download zip file.
31. Love the way you lie by Eminem feat Rihanna
32. Memories by Maron 5
33. Rockabye by Clean Bandit, Anna Marie, and Sean Paul
34. Girls like you by Maroon 5
35. Believer by Imagine Dragons
36. Hymn of the Weekend by Coldplay
37. Radioactive by Imagine Dragons
38. Say you won’t let me go by James Arthur
39. Galway Girl by Ed Sheeran
40. Lose yourself by Eminem
41. Movies Like Jagger by Maroon 5
42. Rolling in the Deep by Adele
43. My songs know what you did in the dark by Fall our Boy
44. Pompeii by Bastille
45. Rockstar by Post Malone
46. Do I want to Know by Arctic Monkeys
47. Fix You by Coldplay
48. Never close your eyes by Adam Lambert
49. Be Somebody by Thousand Foot Krutch
50. Uptown Funk by Mark Ronson

So, let us take a peek at all of these song lists below.

This song belongs to the American DJ that involves American singer Halsey and vocals have provided by Andrew Taggart. It was released in 2016 via Columbia Records and Disruptor and records.

It was released in 2016, but it ranks in the list of the best English songs. Sean Paul is a starter, and the song is worthy of being a part of this list.

3. The shape of you by Ed Sheeran

Some said that Ed Sheeran could do rap faster than Eminen but believe it or not, it may be a guess too. Still, his song is rated in the top songs and the trendiest one.

4. Let me love you by DJ Snake

The song is a treat for music lovers as it is upbeat music with deep lyrics sung by Dj Snake and Justin Bieber.

They both have done a great job to let this piece of music landed on the earth. You can download this song from the top 50 English songs mp3 download free.

This one is the perfect song that you can refer to one of your friends. Say thanks to Ed Sheeran.

Alan Walker’s signature tune is highly recognized worldwide. It was written by Alan Walker and sung by Iselin Solheim.

8. My Heart Will Go On by Celine Dion

Listed as the most ancient song, it was released in 1997and also featured in “Titanic.”

This song has brought together by two of the most high-rated composers, namely Chainsmokers and Coldplay.

10. Treat you better by Shawn Mendes

The singer has an image to give the song to play.

The love song is the first love of all bad as well as good guys.

The song was an all-time famous English song in 2019.

13. Don’t let me down by Chainsmokers

The song had broker million views when it was released in 2016 by Chainsmokers.

The song is dedicated to the late Paul Walker, who left the world in tears.

15. Thinking Out Loud by Ed Sheeran

The song of Ed Sheeran won the heart of millions by the deep lyrics that are beyond beautiful.

16. A thousand years by Christina Perri

This is the motivational song everyone looks for on the web that makes inspires you to do anything.

It is an exceptionally incredible song but not precisely in English. But a few parts are in English.

This is a cool music video, and small parts have been sung by Billy Ray Cyrus.

Taylor swift is a must-have in the list of English songs when counting on top-rated ones.

20. Work from Home by Fifth Harmony

The song is perfect for this coronavirus outbreak and how we have to work from home. This one is an ideal choice amongst the top 50 English songs mp3 download pagalworld.

21. I Took a Pill in Ibiza by Mike Posner

You can use some valuable life lessons after listening to this song.

This is the best internet sensation in English songs as it is something different than the world wants.

23. This is what you came for by Calvin Harris feat Rihanna

This is the best English song that we can show to the fan of Calvin and Rihanna.

24. I Don’t want a Live Forever by Tylor Swift and Zayn

This official song belongs to the Fifty Shades Darker movie, and it hits the music globe.

25. I drove all night by Celine Dion

Released twenty years back, this song is still some genuine fans, and people love to hear this.

The king of rap has given a big hit to the music industry.

27. Counting Stars by One Republic

This is an excited and motivational song sung by a highly under-rated band, but it has been rated in the top 50 English songs.

28. Shake It Off by Tylor Swift

It is a hip-hop song that you can listen to freshen up your mood, which is another trendy song.

The singer of this song earned fame after her death due to the heart-touching lyrics and classical music.

This is the best motivational song of the century, and you can get it through the top 50 English songs mp3 download zip file.

31. Love the way you lie by Eminem feat Rihanna

Both of these stars outdone in this song and make it the trendiest one ever.

Marron always made some nostalgic songs, but this is an emotional song that makes you feel cry like a baby.

If you have a list of the best English songs, then this one should be your choice.

The song is filled with some cameos belongs to celebrities and public figures.

You need to cheer up with this song if you want room for motivation.

36. Hymn of the Weekend by Coldplay

The song showcases Indian culture as it was made during their visit to India.

It is addictive and motivational too.

Released in 2016, it is considered the best song ever.

This is too fast as well as hyped songs by Eminem that prove how quick he is.

40. Lose yourself by Eminem

The song made you feel stand on your feet and push adrenaline in your veins.

This one is a super active song and near about a classic one.

42. Rolling in the Deep by Adele

This song is the best one with the highest pitch voice of Adele.

43. My songs know what you did in the dark by Fall our Boy

The bad is but underrated, but the song is lit.

The dope English band with a creepy music video.

46. Do I want to Know by Arctic Monkeys

It makes you dance with the continuous drumbeat throughout the song.

The song is the voice of a person who is depressed.

This is a powerful as well as a nostalgic song by Adam Lambert.

49. Be Somebody by Thousand Foot Krutch

Last but not least, this song deserves to be on the list.

8 great reasons you should Visit Taipei.

These are the 10 coolest small cities in America, in step with Budget Travel

These are the 10 coolest small cities in America, in step with Budget Travel